Where to Find Us:

I am a member of MAS (Minnesota Association of Songwriters)   You can check out the website at:

I am a professional member of World Voices, an organization that promotes excellence and highest ideals and practices in the voice over community.  You can visit their site at:

Steve Buttell is the owner of Stephen B. Productions.  He began writing songs early in life while playing with different bands.  Knowing that songwriting was his main musical passion, he began shopping some of his songs to artists and had several picked up and recorded on various albums.  One of those happened to be Chris LeDoux.  Chris recorded Steve's song "I Do It For Me" on his Wild and Wooly album.  He pitched the song from a  cassette demo, sung and played straight through top to bottom...guitar and vocal through a inexpensive mike and cassette deck.  Once the album came out...he set his sights on making money to buy new recording gear.

He approached a LaCrosse recording studio about writing and selling radio and TV jingles, and soon became very successful having his jingles run throughout the Midwest.  After working with several area studio's, he eventually bought a studio, and moved his operations to Caledonia and opened Stephen B. Productions.  His hobby, had now become his business.

"I Do It For Me" Chris LeDoux/ Capitol Records

While on a trip to Nashville pitching songs Steve went to the Grand Ol Opry to watch a Saturday night show.  During one segment they announced that they were running a national jingle writing contest for one of their long time sponsors, Standard Candy Company. He would be in competition with writers from all over the country and Nashvilles finest,  but he went home, wrote and recorded his demo and sent it in. After a few weeks he got the call that he had won.  The jingle was originally to be sung by the Opry's house singers, but Standard Candy wanted it left just as it was. So... Steve's guitar and voice were heard weekly on The Grand Ol Opry for many years singing the "Goo Goo" candy bar jingle.  One of the perks for winning the jingle was it was played for the 1st time on the Opry's 75th Anniversary.  He was flown to Nashville to premier it on stage that night, and was introduced in the famous "Wooden Circle."   He was then backstage to meet many great country stars including Garth Brooks, Vince Gill, Amy Grant, Lorie Morgan, Pam Tillis, Marty Stuart, and many others.

Today Steve continues to do all of the things you will find on this website...voice over, jingle production, telephone on hold, recording demo's, and mentoring young artists looking to get into the music business. 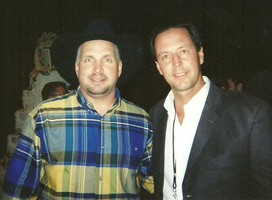 Thank you for visiting my website!  Below are a few songs I have written.  I hope that you enjoy them! 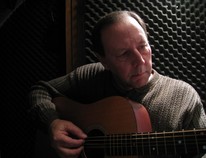